The Stratford Shakespearian Festival was designated a national historic event in 2018.

Historical importance: The establishment of a professional, classical theatre festival in Stratford, Ontario.

In 1953, Tom Patterson launched an annual festival of Shakespearean theatre in his hometown of Stratford. Artistic Director Tyrone Guthrie and designer Tanya Moiseiwitsch conceived the Festival Theatre’s innovative thrust stage, surrounded by the audience on three sides, which enabled a fluid, dynamic style of performance bringing new life to William Shakespeare’s plays. The Festival, while helping to revitalize Stratford economically, has expanded its repertoire over the years and built an international reputation, training generations of theatre professionals and launching the careers of some of Canada’s finest actors.

In 1953, Tom Patterson launched an annual festival of Shakespearean theatre in his hometown of Stratford, Ontario. Tyrone Guthrie, the Festival’s first artistic director, and designer Tanya Moiseiwitsch conceived the Festival Theatre’s innovative thrust stage, which is surrounded by the audience on three sides. It enabled a fluid, dynamic style of performance that brought new life to the works of William Shakespeare. Over the years, the Festival helped revitalize Stratford economically, while expanding its repertoire and earning an international reputation for excellence. Attracting outstanding talent from across the country, it contributed to the development of Canadian professional theatre by creating and maintaining a resident company, and providing a place to train and gain experience.

The Stratford Festival emerged out of a period of growth in Canadian theatre, fostered by a vibrant amateur theatre movement, radio drama, and rising cultural nationalism. It was the brainchild of two men: Tom Patterson, who sought to revive the faltering economy of his hometown of Stratford, Ontario, and English director Tyrone Guthrie, who envisioned a Canadian national theatre with a resident company. After its inaugural 1953 season, Stratford quickly acquired a solid international reputation for high-quality classical theatre. In 1957, the Festival Theatre was built, featuring a thrust stage that extends into the audience on three sides, which allows more than 1,800 theatre-goers to watch performances in a semi-circle around the stage.

The Festival grew substantially in the following decades and helped launch the careers of notable Canadian actors and directors, including William Hutt, Colm Feore, and Christopher Plummer. Through initiatives like the Birmingham Conservatory for Classical Theatre Training, the Festival provided employment and training for theatrical staff from directors to technicians while helping foster other theatrical companies in Canada. The Festival continued to produce Shakespearean and classical plays while also adding French classics, such as Molière, and musicals.

As envisioned by Patterson, the Festival has become synonymous with Stratford and has transformed the city’s cultural life for residents and visitors alike. The Festival remains a tremendous artistic and economic success, now running from May through to October with more than 700 performances each season. 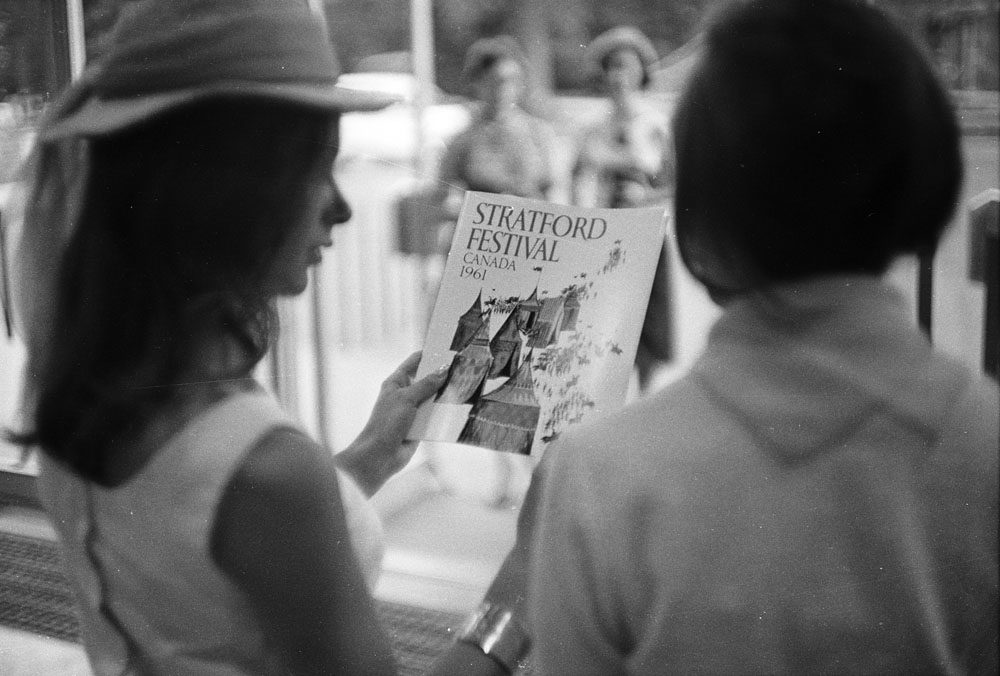 This plaque text describing the historical significance of the subject was approved by the Historic Sites and Monuments Board of Canada in 2018. Subject matter experts, stakeholders, and communities have provided feedback on the plaque text prior to its approval.

The National Program of Historical Commemoration relies on the participation of Canadians in the identification of places, events and persons of national historic significance. Any member of the public can nominate a topic for consideration by the Historic Sites and Monuments Board of Canada.

Get information on how to participate in this process