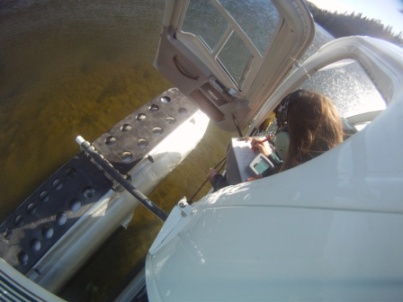 As the biggest national park in Ontario, Pukaskwa doesn’t face the same challenges as its more southern relatives. Yet, staff at the park regularly monitors a dozen or so indicators to ensure its boreal and coastal environments stay healthy and strong. Starting in fall 2013 Pukaskwa is getting help from satellites orbiting our blue planet.

The resource conservation team at Pukaskwa is starting to use satellite imagery to determine how healthy and productive the lakes are in the park. This idea is already being applied in the USA, and uses different colour spectrums to determine clarity, pH, and dissolved oxygen content to gauge a lake’s productivity. By collecting some baseline data and then comparing it to the various colour spectrum images provided from a satellite, Pukaskwa will have a model which will only require on the ground checking every 5 to 10 years. 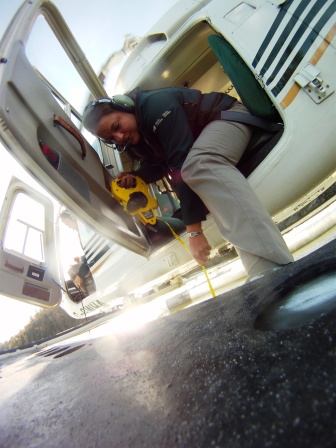 To begin using the model, park staff had to collect water quality data from the 32 remote lakes selected for the study. The lakes had to be 8 hectares (equivalent to approximately 8 rugby fields) in size, and evenly distributed around the park (north to south and coastal versus inland). The park chartered a helicopter specially fitted with floats, so it could land on water. It took two staff less than fifteen minutes to gather the required information at each location. They simply lowered a Secchi disk, water quality probe, and water sampler from the helicopter to collect readings, before continuing on to the next lake.