To prevent invasion from the Richelieu River, one of the entrance road to Canada, Ile-aux-Noix has been fortified many times since 1759 and a garrison occupied it until 1870.

A strategic point for the defense of the colony, whether it was French or British, Ile-aux-Noix played an important role in three major conflicts: the Seven Years’ War, the American War of Independance and the War of 1812.

In the 19th century, Ile-aux-Noix harboured a naval base and dockyard built by the British during the War of 1812. In addition to the naval establishment, many buildings occupied the outside of the present fort. 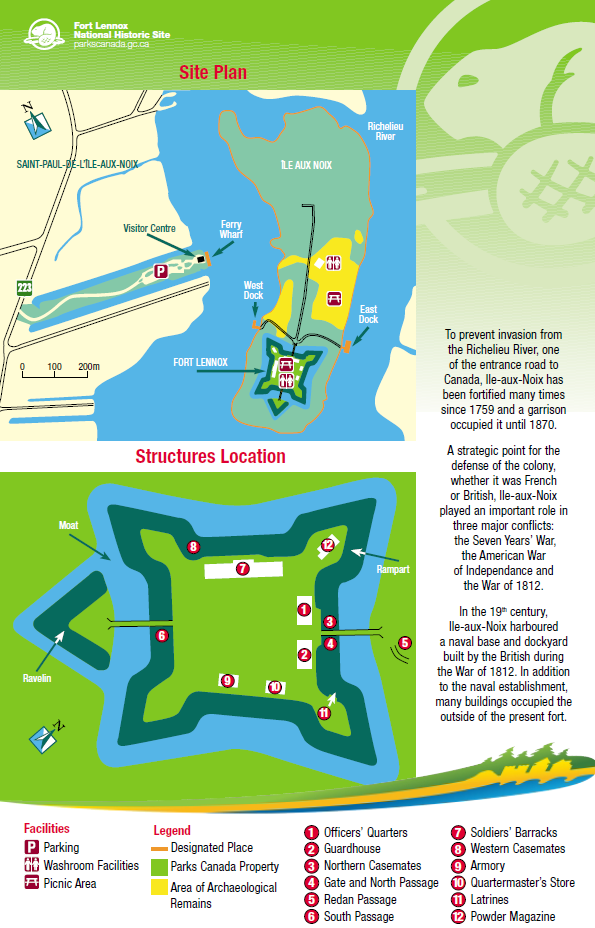