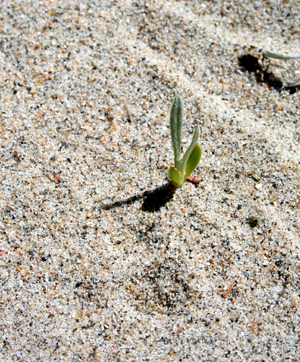 In August 2014, students from Lakehead University participated in a field course held for the second time at Pukaskwa National Park. Among other activities, students resumed work started by the previous year’s class, assisting the park with a restoration project for Pitcher's Thistle. Last year seeds were scattered at two new locations, and this year 77 new plants were confirmed!

Pitcher’s Thistle, a whitish-green perennial flowering plant found on dunes and beach ridges, is designated a species of Special Concern by the Committee on the Status of Endangered Wildlife in Canada (COSEWIC), and listed as Endangered on Schedule 1 of the Species at Risk Act (SARA). Canada is home to 30 populations of Pitcher’s Thistle and Pukaskwa hosts the species’ two most northerly populations. Common threats to this species include habitat degradation and destruction from off-road vehicles; trampling and construction; competition from invasive species; and white-tailed deer browsing. 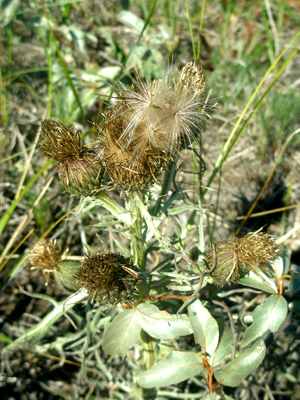 Pitcher’s Thistle has a lifestyle uniquely adapted to life in the dunes – wind-dispersed seeds germinate in areas of open, loose sand. The plant spends its first year of life as a tiny seedling and though unimpressive above the sand, the plant sends a taproot deep below to stabilize itself in a readily shifting and nutrient sparse environment. The plant spends 2 to 11 years as a leafed rosette, and at maturation produces an upright stem with spiny heads of white or pale pink flowers. After flowering, seeds disperse via parachute-like attachments from their parent plant, which subsequently dies. This lifestyle is adapted to beach dune habitats which are continuously changing through natural actions of wind, water, and ice. However, the same forces which create optimal Pitcher’s Thistle habitat can also lead to a population’s demise.

Historically there were two natural Pitcher’s Thistle colonies in Oiseau Bay: Crescent Beach and Creek Beach. In 1985, the burst of a beaver dam negatively affected the Crescent Beach colony, leading to its demise. The flood event also led to habitat changes at the Creek Beach colony, and vegetation succession began restricting this colony’s successful growth and reproduction. In 1991, a Pitcher’s Thistle restoration initiative took place, and a new colony was established by park staff at Middle Beach near Hattie Cove. This population is now healthy, self-sustaining and visitors can easily see it along the Beach Trail off the North campground loop.

Last year’s restoration effort involved collecting seeds by hand from the Creek Beach and Middle Beach populations and dispersing those seeds at two new suitable habitat locations at Oiseau Bay. Sites were chosen based on appropriate exposure levels of sun, wind and open sand. Pitcher’s Thistle seeds were mixed with sand and scattered using large ‘salt shakers’. Although seedlings have only been found at one of the two sites to date; seeds are thought to be viable for up to 3 years and these sites will continue to be monitored in upcoming seasons. 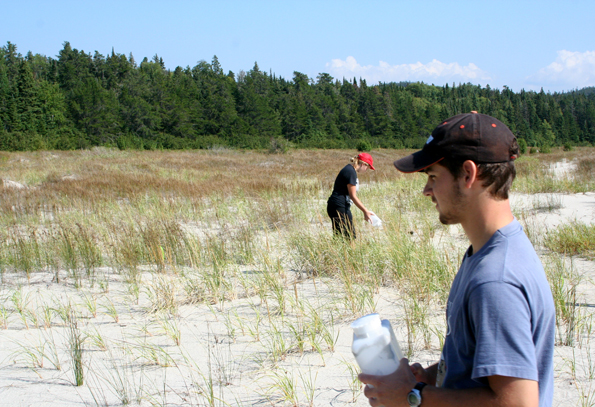 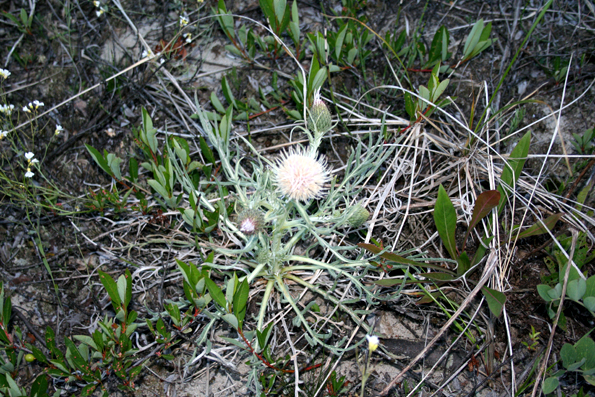