In the mid 1950s, two serious accidents on Mount Victoria and Mount Temple in Banff National Park, which resulted in eleven deaths, spurred Parks Canada to develop its own mountain rescue capabilities. As a first step, Parks Canada hired Walter Perren, a Swiss-born professional mountain guide who was working in the Canadian Rockies at the time. In hiring Walter Perren, Parks Canada aimed to ensure that the highest professional standards would be adhered to as the program was developed. 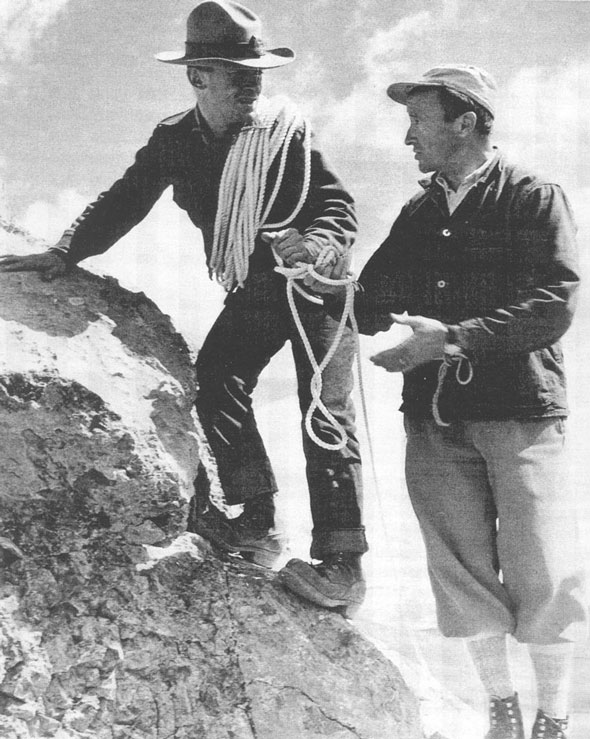 This decision made more than a half-century ago is testament to the long-term vision of Parks Canada’s managers of the time. To this day, Walter Perren’s contributions continue to be valid and constructive toward the effectiveness of the current program. From its inception, the Mountain Safety Program was developed with the aim of acquiring and maintaining a level of technical competence within the Parks Canada warden service (as it was then called). As the rescue program evolved, the rigorous certification standard established by the Association of Canadian Mountain Guides became the adopted standard for Parks Canada staff dedicated to its Mountain Safety Program. The business of search and rescue requires that staff members maintain a high technical standard of mountaineering and skiing skills. It also requires that those individuals are capable of making sound, rational judgments to determine the most appropriate course of action when responding to incidents. The ACMG certification ensures these abilities. 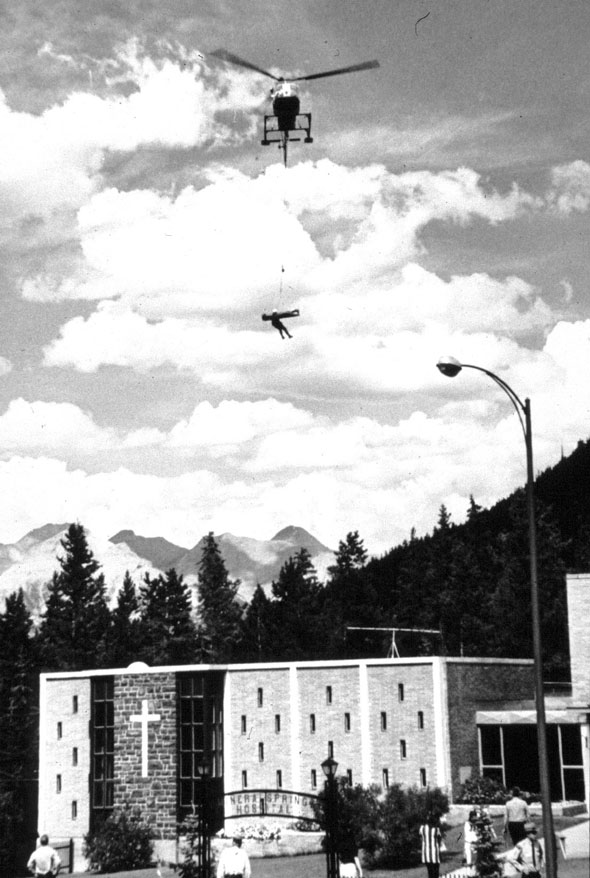 Since the 1960's, helicopters have been used to transport injured Parks Canada visitors.
© Parks Canada

Early on it became apparent that mountain rescue would be only one component of a public safety program. Expertise in avalanche forecasting and control was crucial. As ski areas were developed in Banff and Jasper National Parks, the warden service was tasked with ski patrolling and later with running avalanche control programs at those ski areas. For many years, this work enabled park wardens to develop their skiing skills and to learn the snow craft essential to avalanche forecasting. Since the late 1980s the avalanche control programs at these ski areas have been run by avalanche professionals who are directly employed by the hills.

Today, Mountain Safety Specialists are part of Parks Canada’s avalanche forecasting/control teams for its Highway Avalanche Control Program. Since the early 1980s, these Mountain Safety Specialists have also produced daily Backcountry Avalanche Forecasts. In Glacier National Park, Highway Avalanche Control is provided by a team of specialized avalanche professionals, since that park’s highway control program is of a higher level of magnitude.

Search and Rescue , Avalanche Forecasting and highway control are not the only responsibilities of Parks Canada’s Mountain Safety Specialists. The foundation of the Mountain Safety Program is risk management. This includes providing information to visitors as part of an overall communication strategy to enhance visitor experience and minimize incidents. Staff must also have the skills to deal with the media effectively in order to provide accurate information and promote Parks Canada’s safety messages.