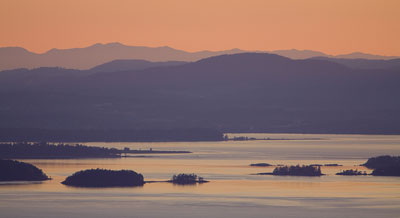 The information provided in this section outlines the legal boundaries of Gulf Islands National Park Reserve to be administered under the Canada National Parks Act and what lands/submerged lands will be managed under other Statutes pending the outcome of the National Marine Conservation Area feasibility study. The legal description of the park reserve makes reference to both Annex C of the Park Establishment Agreement (2003) and more specifically the "core area" in which all crown islets will be protected under the Canada National Parks Act.

Additionally, because of the highly fragmented nature of the park reserve, the legal description also makes reference to "descriptive map plans", indicating they are recorded in the Canada Lands Survey Records. These records can be viewed and downloaded without charge from the Surveyor General Branch of the Natural Resources Canada website. In order to assist you with the interpretation of this information, please refer to the descriptive map.

Should you have any questions, please contact the park office. 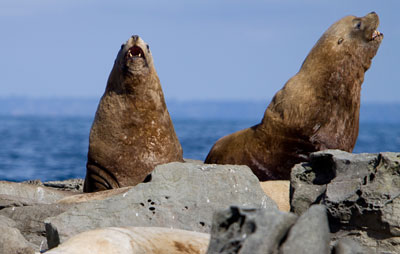 Belle Chain Islets are an important habitat for sea lions

Sitting below Roe Lake, this seaside property connects to existing Gulf Islands National Park Reserve lands and includes over 335 metres of waterfront. The area includes a beach with views of Captain Passage and nearby islets, a small waterfall, wetland, creek and manmade pond.

Culturally, this property hosts the remnants of the Shingle Bay fish reduction plant that operated intermittently between 1927 and 1959. The plant produced oil and fertilizer from fish remains towed in from coastal canneries. It served as an important part of the local economy, employing 15 to 20 men at a time, mainly Pender Island residents. It was supported by the store and gas service at Roesland.

This extensive waterfront property connects two existing areas of Gulf Islands National Park Reserve: the Bright Islets and the park’s serene beach at Portlock Point. The property has over 2,000 metres of waterfront with a large pebble beach. It includes Douglas fir forests, meadows and rocky ridges of up to 60 metres, which provide scenic lookouts above the water.