The History of Laurier House

The Lauriers at Laurier House

King and the British Empire

The Will of William Lyon Mackenzie King

The History of Laurier House

The Lauriers at Laurier House

Before the purchase of the fine Sandy Hill house that had belonged to John Leslie , the Lauriers, when they were in Ottawa for extended periods, had lived in a furnished apartment at the Russell House Hotel, one of the most fashionable in Ottawa. In 1897, they moved into their new home, described as being "handsomely decorated and furnished", altogether a residence suitable to Canada's prime minister. Learn more...

Sir Wilfrid Laurier served as a member of Parliament for over forty years. He was the leader of the Liberal party from 1887 to 1919, and prime minister of Canada from 1896 to 1911. His accomplishments were on such a scale that he is remembered today as one of Canada's greatest political leaders. Learn more...

Although Mackenzie King had frequently visited Laurier House, he was upset by its appearance when he became its new owner: "I confess it is a bare bleak place ... not at all to my liking in any particular [and] will require to be completely gone over. I have little or no sentiment about it." Learn more...

Mackenzie King's political career is one of the most extraordinary in Canada's history. He had no charisma and never gained the affection of the Canadian public. Yet, he was Canada's longest serving prime minister. Learn more... 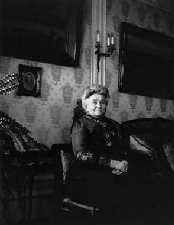