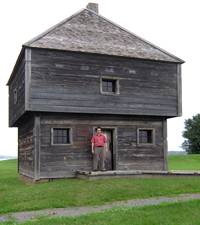 The term “blockhouse” usually denotes a simple wooden structure of two storeys with the upper storey overhanging the lower. The heavy timbers that formed their walls were easily cut from nearby forests and hewed with simple tools. Blockhouses provided excellent protection against arrows and small arms, the weapons used most when the British built Fort Edward. 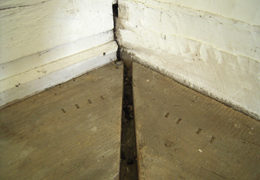 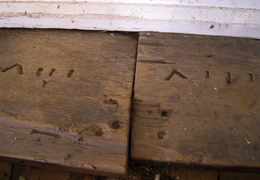 Acadian craftsmen prepared the framing timbers for the blockhouse in Halifax. They were then transported to Piziquid. On the second storey of the blockhouse, you can see paired sets of roman numerals on the timbers. This made it easy for the workers to put the framework of the blockhouse together at the site. 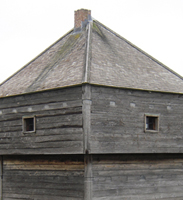 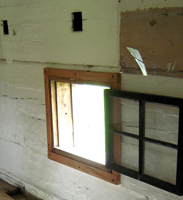 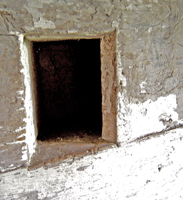 The Fort Edward block house possesses several defensive features. As the above photos show, square potholes were cut into the centre of the upper walls. Soldiers used four-pounder guns here, most likely set on swivel mountings. They could also fire on invaders through the five slits above the potholes. These so-called “loopholes” were stationed at shoulder-height. The openings are splayed to give the soldier a wider angle of fire. 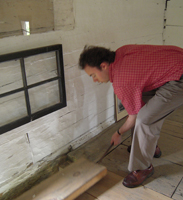 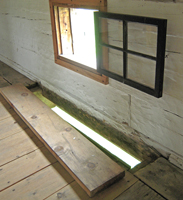 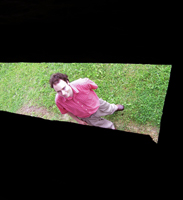 “Machicolations” – long slits cut in the floor of the overhang of the upper storey – enabled soldiers to fire down at attackers who reached the blockhouse.