Fire crew, where are you!? 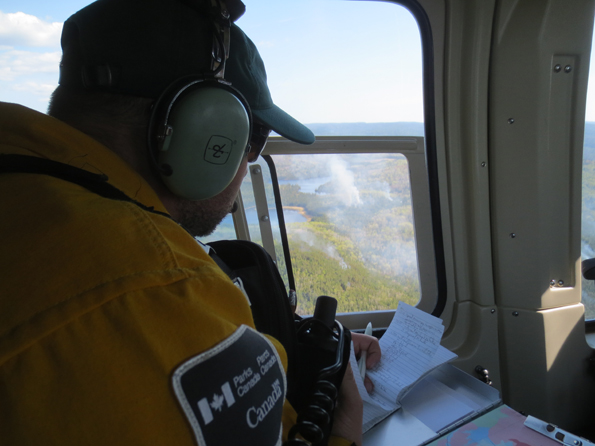 In late May, just before leaf-out, Pukaskwa staff implemented a prescribed fire, igniting a 425 hectare area near Willow Lake, in the north-central part of the Park. The purpose of the fire was to burn 50% of the area to help restore Pukaskwa’s forests. Fires are a normal component of the boreal forest ecosystem, but effective fire suppression for nearly half a century virtually eliminated fires in the park and surrounding area. Reintroducing fire to the Park’s landscapes using controlled, closely monitored techniques such as prescribed fires, helps forest ecosystems renew and sustain the plants and animals that rely on this natural process to survive. 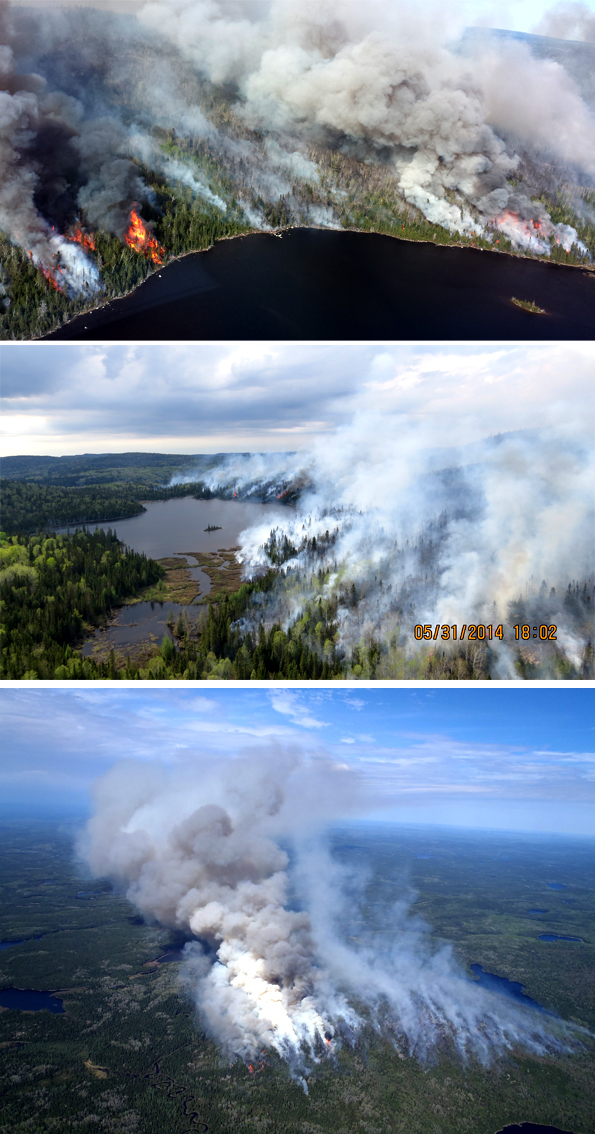 Shortly after the prescribed fire, Pukaskwa’s Initial Attack fire crew was exported to Wood Buffalo National Park for a wildfire near the border of the park. After a short rest, this deployment was quickly followed up with another deployment to Banff National Park, and then another back to Wood Buffalo National Park. Combined, these fires burned an astounding 150,000 hectares of forest – roughly six times the size of Lake Erie (or ten times the size of Lichtenstein)! Participating on wildfires in other national parks across Canada is one way that Parks Canada ensures its fire crews gain experience and exposure to fire, and in turn, enhance their understanding of fire behaviour and fire management strategies; all of which are important things to do in this risky line of work! 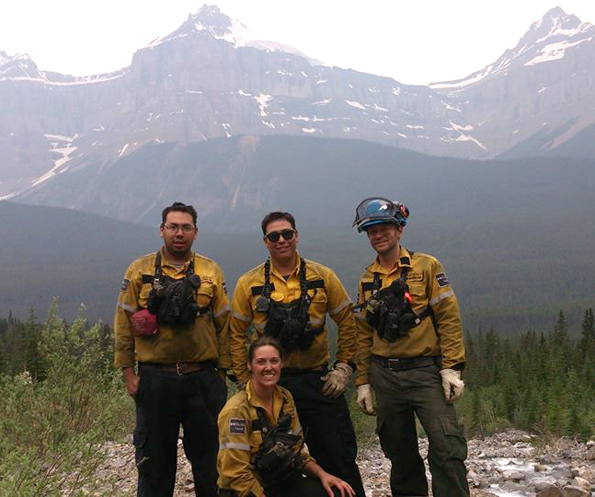 The versatility of Parks Canada fire crews puts them in high demand! In their shoulder season and in down-time this year, they helped with numerous trail clearing projects in Pukaskwa and a restoration project in Oak Savannah ecosystems at Point Pelee National Park. Soon snow will be accumulating along the Pukaskwa coast and ice will form on our lakes and rivers. I am guessing that the fire crew, not unlike the black bear, will be looking for a cozy spot to rest for the winter months, in preparation of what will undoubtedly be another busy season – fire or not – for the crew and other fire management personnel at the park next year.