The Visitor Centre at Pukaskwa National Park now hosts an ultrasonic microphone and data logger as part of a new bat monitoring program at the Park. Like bird songs, different bats make calls specific to their species, allowing us to determine which species are present in the area. This monitoring equipment records high frequency bat echolocation calls, as well as temperature and relative humidity. It also permits researchers to conduct acoustic bat surveys without affecting bat behaviour or disturbing their habitat.

As a leader in conservation, Parks Canada works to protect important species. Bats comprise one-quarter of the world’s known mammal species, and are an important part of a forest’s ecology. They play a vital role as voracious predators of night-flying insects, and can consume up to three times their body weight in insects each night.

Bats have undergone significant declines in recent years across North America due to a fungal disease called white-nose syndrome. The fungus grows on bats while they hibernate in caves and abandoned mines, and once it occurs, can cause over 90% mortality in a population. It does this by causing bats to awaken more frequently and earlier than they should, which leads to depletion of their winter fat stores and also prompts them to leave their hibernation sites early. The closest case of white-nose syndrome to Pukaskwa was confirmed in 2011 near Wawa, approximately 50 km east of the park’s southern boundary (see white-nose syndrome map).

What can the public do to help?

Although white-nose syndrome is not well understood, it is not known to infect humans; but it is believed human activity in caves and other bat hibernation sites is contributing to its spread. You can help prevent the spread of the syndrome by not entering caves, abandoned mines, or buildings where bats may be present.

The recordings will tell us which of Ontario’s eight bat species are present in Pukaskwa National Park, as well as what time of year and at what temperatures they are active. This will give us baseline information so we are able to monitor any changes which occur to these vulnerable species as a result of white-nose syndrome or otherwise. Parks Canada contributes to the goals of Canada's National Conservation Plan with initiatives like these, which build on Canada’s collective conservation achievements. 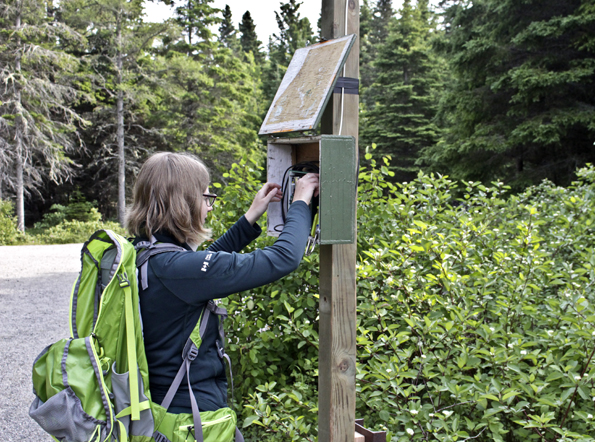