The park stretches across the northern tip of Cape Breton Island between the Gulf of St. Lawrence and the Atlantic Ocean.

There are many ways to get to Cape Breton Highlands National Park. Two main auto routes lead to the western entrance of the park near Chéticamp, while two other options lead to the eastern entrance in Ingonish. The scenery you experience while traveling the Cabot Trail will be vastly different depending on the direction you choose to travel—clockwise or counterclockwise—but either way, the views are breathtaking.

The Cabot Trail, one of North America's most scenic travelways, loops around northern Cape Breton and runs for nearly 300 kilometres. Approximately one-third (106 km) of the Cabot Trail is located within the park's boundaries. 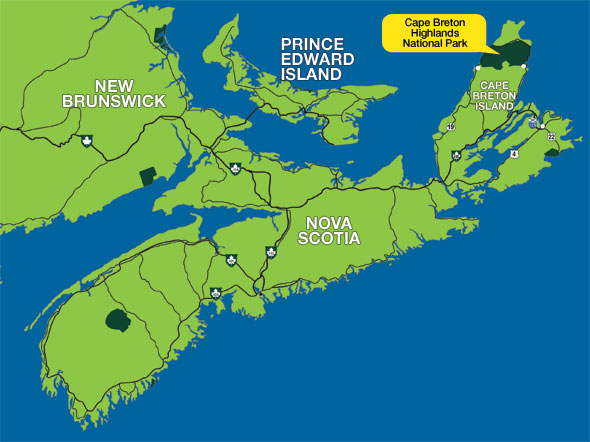 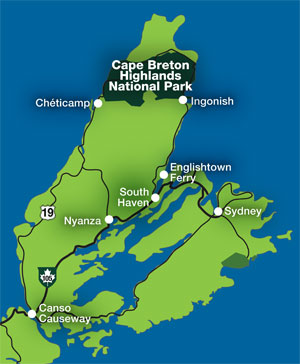 The two main routes to the Chéticamp entrance of the park are:

The two main options for traveling to the Ingonish entrance of the park are:

Both routes to Ingonish will converge north of the Englishtown Ferry and continue to the Ingonish visitor centre in Ingonish Beach.