A map of the changing North

How will climate change affect northern parks like Tuktut Nogait? Parks Canada and its partners are using both science and Indigenous knowledge to find out.

Paul Zorn would not have guessed that the tiny lemming might have such a big role to play in the changing landscape of Tuktut Nogait National Park.

A monitoring ecologist with Parks Canada, Dr. Zorn has been involved for the past six years in a major multi-partner project, Climate Change Vulnerability Assessment in Northern National Parks.

One of the goals of the project is to consider the possible impacts of climate change on northern wildlife. In the first scientific report to come out of the study, the lemming was ranked “extremely vulnerable” (along with the polar bear) to climate change in Tuktut Nogait National Park.

And if the lemming suffers, so will its predators such as arctic and red fox.

It is one lesson we are learning from constructing climate change scenarios, says Dr. Zorn: “Some of the less obvious things may have the biggest impacts.”

The future of a park 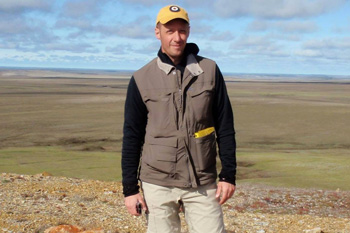 Dr. Paul Zorn in the field

As baseball great Yogi Berra said, it’s not easy to make predictions—especially about the future

To understand the future of the North, Dr. Zorn and his colleagues first had to understand its past and present

The team collected satellite imagery to document how vegetation and habitat has changed in twelve northern parks over a 30-year period. They also set up new monitoring programs for these twelve parks to create a “consistent pan-Arctic network to detect change,” says Dr. Zorn.

They interviewed Indigenous knowledge holders about the land and wildlife, adding a layer of living experience to the science.

“We just didn’t have a Parks monitoring program 50 years ago. But a lot of the knowledge holders were born and raised in the park. They could speak to how it was when they were children.”

Armed with both science and Indigenous knowledge, the researchers took a cautious stride into the future of the three pilot parks, to consider the vulnerability of 16 wildlife species.

For Tuktut Nogait, the researchers concluded that polar bear and the northern collared lemming could suffer the most under climate change.

Changing winters and summers could affect the lemming’s food and habitat, and make them more vulnerable to predators. Polar bear could suffer because of reduced sea ice.

Partners in the Climate Change Vulnerability Assessment for Tuktut Nogait: 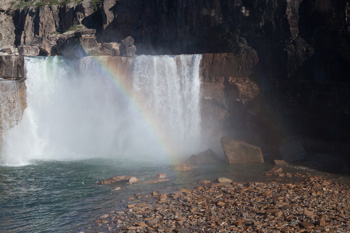 Dr. Zorn stresses that vulnerabilities may be different for other parks. “We can’t paint the North with too broad a brush,” he says.

But with these first two reports, Tuktut Nogait National Park can now think about adapting for the future—which means (for example) prioritizing wildlife research based on vulnerability.

Eventually, Parks Canada will look at the future of the remaining northern parks, using both science and Indigenous knowledge.

“One of the things that have come out of this is the creation of an Indigenous knowledge working group,” says Dr. Zorn. “The intent now is to go back to the group on an ongoing basis to capture their observations and incorporate them into the monitoring program.”