The course of history 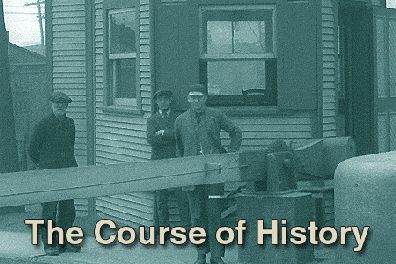 Long just a dream, the canal finally became a reality and was rehabilitated several times. Here is a summary of the important dates and events that mark its history.

The idea of a canal circumventing the Sault-Saint-Louis (Lachine Rapids) goes back to the very first years that followed the foundation of Ville-Marie (Montréal). In 1671, reverend François de Salignac de La Mothe-Fénelon stated the benefits that could be drawn from a canal between Montréal and Lachine. François Dollier de Casson, superior of the Séminaire de Saint-Sulpice de Montréal, reintroduced the idea in 1680, affirming that such a canal would provide water for the mills in Montréal and facilitate shipping towards the "up-country". Work started in 1689. The attack on Lachine by the Iroquois, however, put an end to the project. The work continued in 1700 under the direction of Gédéon de Catalogue who had to abandon it due to lack of funds on the death of Dollier de Casson.

It was not until the beginning of the 19th century that the dream would become a reality. The Lachine Canal became a necessity for the Montréal merchants who sought to make their city one of the main hubs of North American trade. Work began in 1821. The canal was completed in 1825.

The first canal enabled the passage of small flat-bottomed sailboats. With the increase in shipping and in tonnage, it had to be enlarged twice the work was carried out from 1843 to 1848 and from 1873 to 1884.

From popularity to obsolescence

In the middle of the 19th century, a chain of canals, of which the Lachine Canal was the first link, was set up to facilitate shipping between Montréal and the Great Lakes. In the same era, the first businesses were established on the canal's banks, attracted notably by its hydraulic potential. From 1847 to 1945, South-West Montréal had the most highly diversified concentration of industrial establishments in Canada.

In its heyday, just before the great crisis in 1929, nearly 15 000 ships used the canal annually. However, 30 years later, it would be replaced by the St. Lawrence Seaway. Falling into disuse and partially filled in beginning in the 1960s, it was closed to shipping in November 1970.

A bridge between the past and the future

Managed by Parks Canada since 1978, the Lachine Canal is widely known for its exceptional, multi-purpose path, which has enabled millions of users to explore an unusual landscape filled with history. However, the canal is primarily a national historic site whose objective is to bear witness to the importance of shipping, canalization and industrialization in the history of the country's development.

Since 1997, a mega revitalization project has been undertaken with the purpose of breathing new life into this site. The various levels of government, community organizations and private businesses will inject several tens of millions of dollars. These funds will notably be devoted to the presentation of the site's history and to the canal's restoration. The canal opened to pleasure boating again in 2002.