Sault Canal and the Great War

Ships passing through the busy Canadian lock at the time of WWI were carrying large loads of grain, coal, iron ore, and other raw materials. In fact 1913 saw freight peak at 42.7 million tons! Sabotaging this key transportation route could prove advantageous to the enemy and many officials feared this possibility.

To address the vulnerability of the lock, the 51st Soo Rifles Regiment, under the command of Lt. Col. S.L. Penhorwood, was placed on duty and Superintendent J.W. LeBreton Ross hired additional linesmen at the canal to eliminate the need for passing ships to put their own linesmen ashore.

By December 1914, 140 officers and troops were stationed at the canal occupying several buildings as barracks. Troops manned several guard posts and access to the site was severely limited. However, the presence of the soldiers attracted the public’s attention and from time to time shooting and military demonstrations were staged. The canal grounds also served as a training camp with daily drills conducted to ready the soldiers for their eventual deployment overseas.

In addition to protecting the lock, the 51st Regiment had the duty of guarding a small group of “enemy aliens”, many of them of Ukrainian descent. The detainees were expected to perform menial jobs and lived at first in a boxcar on the rail line and later in bunkhouses on Whitefish Island before being transferred to another internment camp north of the city.

By 1916 volunteers were being recruited at $1.10 a day to take over guard duty at the canal in order to release the soldiers for overseas service. When the Americans joined the allies in 1917, security was tightened further and Superintendent LeBreton Ross on his way to visit colleagues at the U.S. lock one day, found his usual route across the train bridge blocked by guards! He was eventually issued a pass.

With the end of the war in 1918, citizens were once again allowed to access the picturesque grounds. Sundays became a popular day to stroll along the canal walls, enjoy a picnic, and watch the passenger vessels sail through the lock. 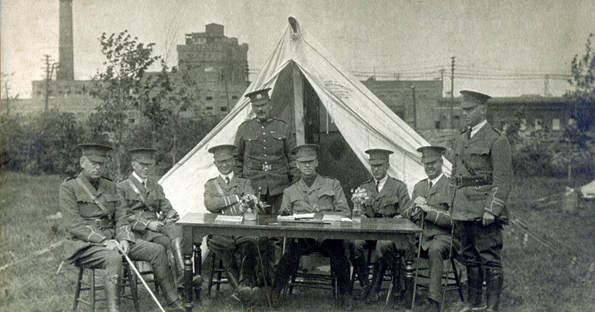 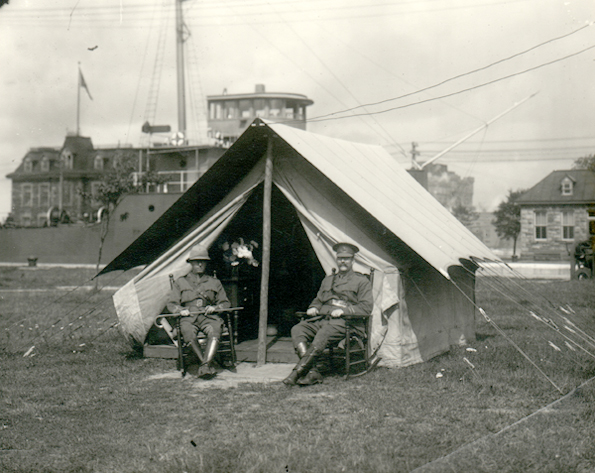