A big anniversary for a small park 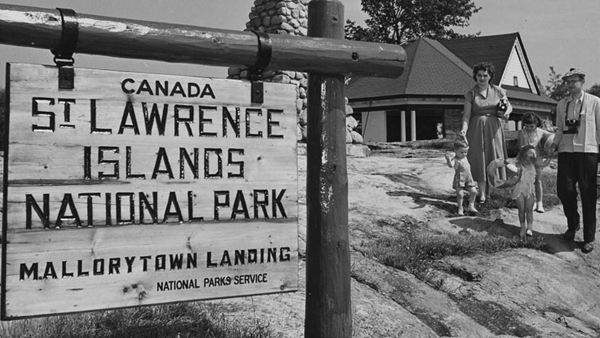 Thousand Islands National Park was established in 1904, the first Canadian national park east of the Rocky Mountains. It began with a small piece of waterfront property granted to the federal government by the Mallory family with the stipulation that it be used for "park purposes." Nine federally owned islands in the St. Lawrence River were added, and recreational facilities were installed. Over the years, islands and land parcels were annexed. Today, the Park comprises more than 20 islands and about 90 islets scattered between Main Duck Island and Brockville, Ontario, and mainland propreties at Mallorytown Landing, Landon Bay, Jones Creek and Larue Mills Creek.

Fisheries officers patrolled the islands in early days; later caretakers were hired to maintain the islands. The first park warden took over the role of patrolling the islands in 1954. The position of Superintendent was established in 1968.

The Park library has historical data collected on the 1000 Islands including social histories of families of the area. Many settlers were United Empire Loyalists, and were granted lands for loyal service to Britain during the American Revolution.