The wolverine is an enduring symbol of deep wilderness, dogged determination and fierce independence. Their lives may be best described as wandering from valley bottom to alpine tundra in a continual search for food.

Wolverines are Blue-listed as a species of special concern by the government of British Columbia and are under federal reassessment by the national Committee on the Status of Endangered Wildlife in Canada (COSEWIC). Wolverines have a low-reproductive rate, require large home ranges and are sensitive to human activities and habitat fragmentation created by development1. 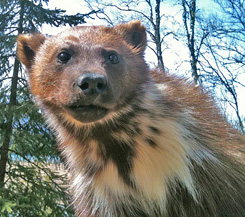 The wolverine is the largest member of the weasel family. The wolverine is often mistaken for a small bear or large hoary marmot. Close in size to a medium dog, males weigh between 12 and 16 kg, while females are usually smaller. They have a rich, chocolate brown coat with blonde stripes down the sides. Individuals have unique silvery markings on their broad face.

Wolverines cover a phenomenal amount of territory, often going right over mountains instead of taking the easy way around. Males have home ranges of 230 to 1580 km2, while females, especially those with young, maintain a much smaller home range, generally 50 to 400 km2 1. In the Columbia Mountains, backcountry skiers are known to spy their tracks traversing mountain ridge tops, high passes and deep, remote valleys.

In North America, wolverines range as far south as California, but south of the boreal forest, they are typically found only in the most rugged mountain ranges, including Canada's Rocky and Columbia Mountains1. 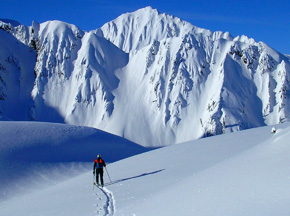 Wolverines mate between April and September, but embryo implantation is delayed many months and young are typically born between late March and mid April. Reproduction rates are low (2-3 kits) and females do not bear young every year1. In addition, poor nutrition caused by scarce food and increased stress from disturbances may stop a female from bringing a pregnancy to term (Persson 2005).

Possibly to blend in with their snowy environment, wolverine kits are cream coloured when they are born1

If you see a wolverine, consider yourself lucky, for they are few and far between. While we don’t presently have a population estimate for Mount Revelstoke and Glacier national parks, research from a study in the 1990s indicates the population in the Northern Selkirk Mountains to be approximately 1 wolverine for every 167 km2 (Krebs and Lewis 2000). Of this area, Glacier is 1349 km2 and Mount Revelstoke is 260 km2. 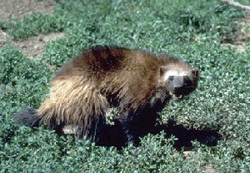 The wolverines' appetite is legendary. Their scientific name, Gulo gulo, comes from the Latin word for glutton, but really they eat no more than any other animal their size. It's just that they aren't particularly picky eaters. Once thought to be almost exclusively eaters of carrion, we now know they are accomplished predators. They will kill caribou and goats, animals several times their size; they also prey on small mammals such as marmots, porcupine, ground squirrels and being omnivore, will eat roots and berries1. Much of their diet consists of large mammals that were previously killed by predators or avalanches1. 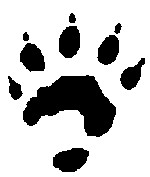 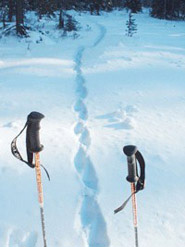 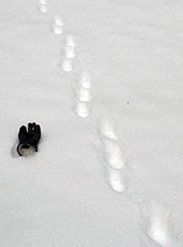 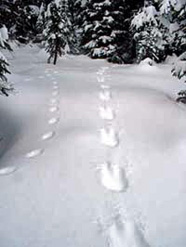 Wolverines in western Canada, including the Mountain Parks, have been recommended as a Species of Special Concern by the national Committee on the Status of Endangered Wildlife in Canada (COSEWIC). This ranking reflects their low numbers and slow capacity to recover from population declines1. Both Alberta and British Columbia provincial governments recognize wolverine as a species that may be at risk and require special management considerations. Canada's Mountain National Parks play an important role in providing valuable habitat for the wolverine. But, because wolverines require a large home range, the ones that call these parks home only spend a portion of their lives within the park boundaries.

Despite their fearsome reputation, the wolverine is susceptible to a number of threats including: disturbance in winter by backcountry skiers, heliskiers and snowmobilers (Krebs et al. 2007); human activity that may result in den abandonment (Magoun and Copeland 1998); decline in food sources such as Mountain Caribou1 and predator species that provide carrion for wolverine1; habitat loss and fragmentation1; mortality caused by the harvesting of pelts1; road and railway strikes1 and climate change impacts on habitat (Copeland et al. 2010).

Wolverines are a wide-ranging, low-density species that are important indicators of ecosystem health1. Protected within the boundaries of the national parks, they still face threats such as reduced landscape connectivity caused by transportation corridors and human disturbance in the form of recreation near den sites1. Denning females leave their young alone for up to several days while they search for food during the late winter1. The young are helpless and vulnerable, so mothers ensure they are in a secure den, safe from potential predators. Unwittingly, backcountry recreationalists may risk disturbing a female with kits, forcing her to find a new den and move her young. Mount Revelstoke and Glacier national parks are subject to increasing winter recreation pressure and increasing traffic flows along the existing transportation corridor. These factors may be affecting the range, connectivity and genetic diversity of the wolverine population.

Currently, Parks Canada is collecting wolverine DNA from hair samples in Mount Revelstoke and Glacier national parks to determine the presence and behaviour of wolverine in relation to the Trans Canada Highway (TCH) and railway lines. This will help determine the potential need for and placement of crossing structures if the highway is expanded. It will also help determine where restrictions in gene flow may be occurring across wolverine range. The hair samples from wolverine are collected on barbed wire at baited stations. This is a genetic sampling technique used to collect data on wolverine occurrence, distribution and genetics. Each sampling site has a remote camera that helps confirm animal visits to the site and acts as an additional method of detection. This kind of research was established by biologists conducting wolverine research in the Rocky Mountains (www.albertawolverine.com and www.wolverinewatch.org). 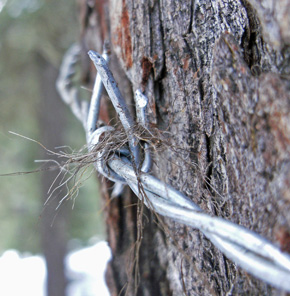 A wolverine research project was conducted in the North Columbia Mountains in the mid-1990’s (Krebs and Lewis, 2000; Krebs et al. 2004; Krebs et al. 2007) by the Columbia Basin Fish and Wildlife Compensation Program in collaboration with Parks Canada, the Ministry of Forests and the Habitat Conservation Trust Fund. This project determined home range size, mortality causes, habitat use and population estimates. The study area was centred north of Glacier National Park and included the Trans Canada Highway corridor. During the project, one collared wolverine was killed on the railway and one on the highway. The Trans Canada Highway corridor is thought to form a partial barrier to wolverine distribution. Wolverines in the study area were also found to be sensitive to recreational pressure (Krebs et al. 2007).

How You Can Help

When in the backcountry, observe all wildlife tracks closely. Not only does this help you to learn more about the behaviour of wildlife, but this increased awareness can also help you to avoid causing undue stress on sensitive species like wolverine. Remember, never follow tracks toward an animal and if you suspect you are near a wolverine den site, please leave the area immediately and notify park staff on your return. Common den sites may be identified by several sets of tracks leading to and from a hole in the snow. Please do not approach dens.

Any wolverine tracks you observe provide useful information for park biologists currently investigating wolverine distribution and ecology in the parks. Note your position, date and time; if you have a GPS unit, please record the UTM co-ordinates, describe if the tracks are fresh or snow covered, the estimated size and spacing of the tracks, and if you are able, take a photo.

More information on wolverine research projects in the Columbia Mountains:

1Committee on the Status of Endangered Wildlife in Canada (COSEWIC), 2003.