Initially called “the Lookout”, the vast role that the site played in the communications history of Canada proves that the name “Signal” was greatly deserved. 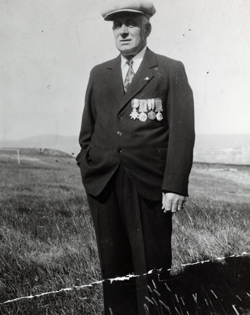 With fantastic view planes of both the Atlantic approaches to St. John’s and the city itself, Signal Hill played an important role in military signaling from 1704-1870. In 1796, the first permanent structure erected on the Hill was a military blockhouse devoted solely to flag signaling. Flags were raised from a mast on the summit to signal to the British garrison of the arrival of ships. Cannons and muskets were fired from Signal Hill to regulate the daily schedules of the military life in the city below and also to notify mariners of foggy conditions. 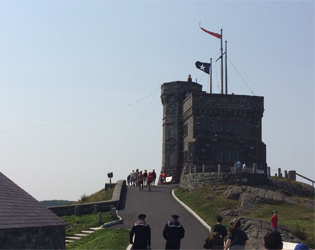 Reproduction signal flags are flown on Cabot Tower during the summer.

In the early 19th century, St. John’s grew as an important commercial port, and signaling on Signal Hill reflected that. In the early 1820s, many of the military signals shifted to civilian purposes. Mercantile flags were raised on the Signal Hill masts to notify crews and officials of the impending arrival of mercantile vessels. The noon day gun was fired to mark the noon hour to the town below and the fog guns were fired to signify foggy conditions. Signal Hill operated this way until the late 1950s.


Starting in 1900, Cabot Tower’s main purpose was as a flag signaling tower. The last official signaling mast came down in 1958.

Signal Hill played an important role in trans-Atlantic communications; both cabled and wireless.

In 1909, the site received its first trans-Atlantic, telegraph cable, landed at Cuckold’s Cove by the Commercial Cable Company. This was the first direct link from Ireland to St. John’s and St. John’s to New York. By 1931, Signal Hill had 8 telegraph cables connecting Ireland to the island of Newfoundland, Canada and the United States. 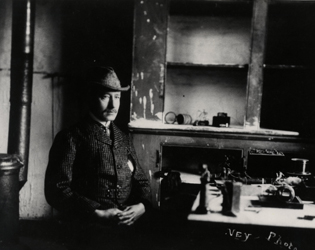 Guglielmo Marconi and his receiving apparatus

On December 12, 1901, Guglielmo Marconi received the first trans-Atlantic, wireless signal on Signal Hill. The letter “S” was transmitted from a station in Cornwall, England, and reached its destination 3500 kilometres away at Signal Hill in a diphtheria hospital where Marconi had his equipment stationed.

On July 23, 1920, the Canadian Marconi Company transmitted a human voice across the Atlantic Ocean from Cabot Tower and in 1933, a wireless station was opened on site operating until 1949.

A signal station was established in Cabot Tower during the Second World War; using a combination of wireless and visual signals as communication, its mission was to identify warships and coordinate their entrance into the St. John’s harbour and then notify any other ship and those on shore.