Hot springs are among the most unique natural features of the Bow Valley. They provide habitat for rare plants, invertebrates and fish. There is one endemic snail, Physella johnsoni, found only in the Upper Hot, Kidney, Middle, Cave, Basin and Vermilion Lake Springs. As such, this species is listed as endangered by the Committee on the Status of Endangered Wildlife in Canada (COSEWIC), and only the Banff Upper Hot Springs remain open for public use.

Unique species found in the hot springs include:

Where do the hot springs come from?

Most of the rain and snow that falls on the slopes of Sulphur Mountain ends up in the Bow River. Some of it, however, filters down through cracks and pores in the mountain rock, pulled by gravity to a depth of 3 kilometres (2 miles) below the surface.

As it descends the water becomes hotter and hotter, heated by the earth's molten core. Like water in a coffee percolator, it is under greater pressure when boiling and must seek a route back upward. The temperature of the springs depends on how quickly the water is able to rise to the surface, and the degree to which it mixes with cold groundwater. The water is hot at the Upper Hot Springs, for instance, and warm at the Cave and Basin.

Once at the surface, the spring water flows down the lower slopes of Sulphur Mountain towards the Cave and Basin Marsh. Along the way, and in the marsh itself, this warm mineral water creates a rich oasis for a diversity of plant and animal life. In addition to the endangered snail, in the water here you’ll find brilliant pink bacteria, white and blue-green algae, small fish, and insects. Delicate orchids, harmless garter snakes and eighty percent of Banff's bird species can also be found at various times of the year. Be on the lookout for elk, deer, coyotes and, if you're lucky, signs of a wolf or bears. 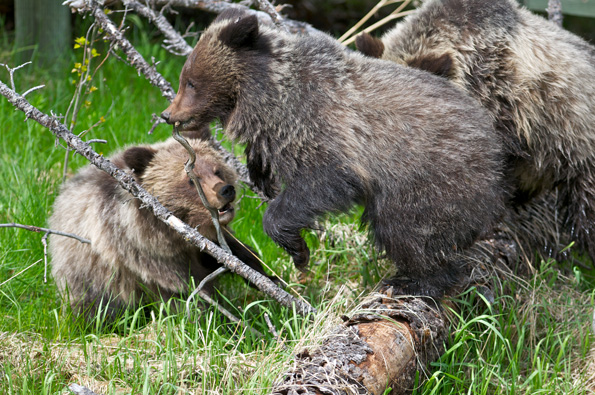 Why does it smell?

When the water becomes heated, it is able to dissolve minerals from the surrounding rock. Pyrite and gypsum are two common sulphur-bearing minerals dissolved in Banff's hot springs. The rotten egg odour (hydrogen sulphide) is produced when sulphate-reducing bacteria break down these dissolved minerals in the water before it surfaces.