A filling soup that just needs bread to make a whole meal. 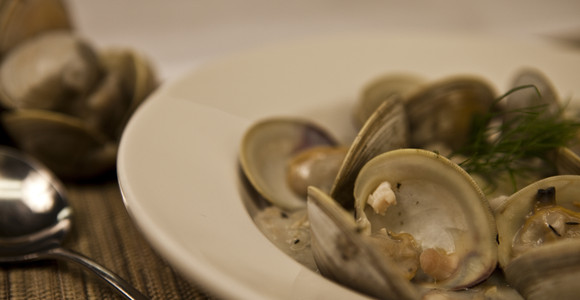 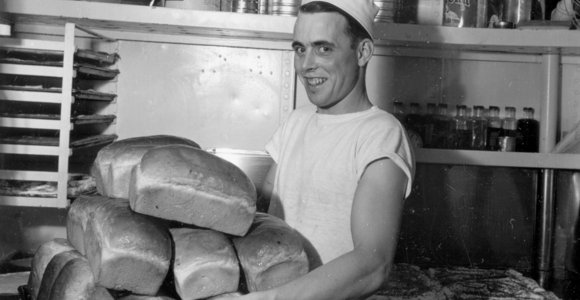 Food was filling but not fancy aboard HMCS Haida. A small galley just 10 feet wide and 12 feet long housed 3 or 4 cooks who prepared food for up to 200 sailors. HMCS Haida, like most Commonwealth ships of the day, used a technique called broadside messing when it was time to feed the crew. A group of 6-8 sailors was assigned to a table and one sailor was delegated to walk to the galley and bring back the food for everyone. Sounds easy, but try carrying a tray of hot food in a rolling sea, up ladders or down hatches!

In an interview, one of the sailors of HMCS Haida said he remembered the clam chowder fondly, for while “each day ran into the next aboard a ship, when you got clam chowder you always knew it was Friday.”

This recipe comes from the book The R.C.N. Recipe Manual, published in May 1948.