Today, it may be hard to imagine that the process of building the Sault Ste. Marie Canal 120 years ago caused great damage, and left the site with little greenery or trees. During construction, St. Mary’s Island was bisected by the excavation of the 2 kilometre long canal, and much of the material being removed was deposited on the island. 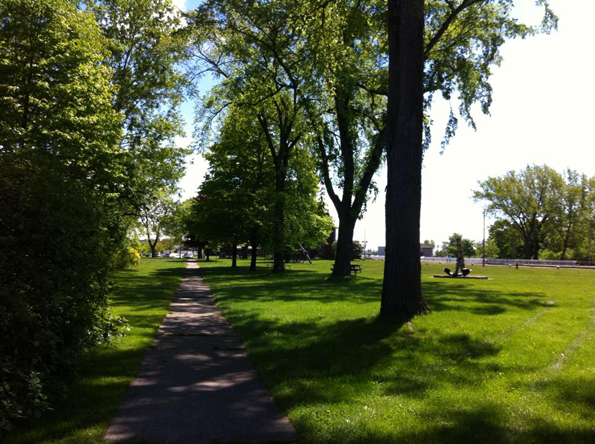 In 1898, three years after the canal’s completion, the first superintendent of the canal, J. Boyd had ornamental trees planted and the grounds graded and levelled. A few years later in 1901, he requested a budget for continued landscaping and care of the site. However, it wasn’t until the canal’s longest running superintendent, J.W. LeBreton Ross took over the duties that funding was received from the Department of Canals and Railways. LeBreton Ross had a strong interest in horticulture; he was the president of the Sault Ste. Marie Horticultural Society, and in 1926, had a greenhouse built near his residence. In 1911, $6,000 was spent landscaping and beautifying the grounds at the Canal. A total of 36 elm trees (Ulmus spp.), 6 shrubs, and 300 seedlings were planted at that time. 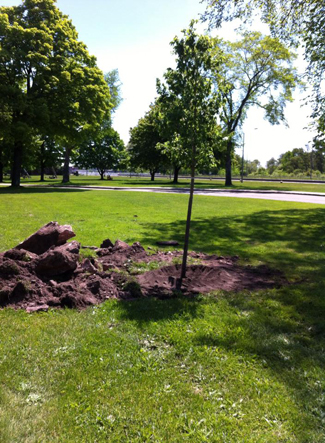 During the last 20 years Elm trees have suffered due to Dutch Elm Disease (Ophiostoma ulmi), a fungal disease that kills the trees. Dutch elm disease was accidentally introduced to North America by the European bark beetle (Scolytus multistriatus) and is now also transmitted by the native Elm bark beetle (Hylurogopinus rufipes). The beetles bore small cavities through the bark, allowing the fungal spores to enter the tree. Once established, the fungus grows preventing water from reaching the tops and branches, thereby slowly killing the tree. Parks Canada has tried to protect the biggest and oldest elm trees on site by injecting them with a fungicide, but once infected, diseased trees are removed to protect neighbouring elms.

A tree planting program is in place at the Canal to replace the elms and other trees that have been lost. Parks Canada is working with Ontario Forestry and the City of Sault Ste. Marie’s Parks Division, to determine which species to plant for aesthetics and longevity. The goal is to replace the lost trees with native, disease resistant trees, while avoiding a monoculture to prevent a mass loss in the event of a disease outbreak. Species that have already been planted on site are the Hackberry (Celtis occidentalis) which grows similar to elm trees, flowering crab apple (Malus spp.) which helps pollinators such as bees and provides forage for the abundant bird species on site. Other species planted on site include sugar maple (Acer saccarum), red maple (Acer rubrum), weeping willow (Salix babylonica), and corinthian linden (Tilia cordata “Corinthian”) as well as black walnut (Juglans nigra). The trees being planted are roughly 50 mm in diameter and between 3.5 and 5 meters in height. They are usually planted in June so they have a few months to acclimate before the arrival of winter. In 2014, 16 trees were planted on site and all survived and are thriving. Another 15 trees were planted this summer.

Superintendents Boyd and Ross had a vision of the Sault Canal as a beautiful public place which people could use and enjoy. Thanks to it becoming a national historic site, it is being cared for and protected and their vision is being honoured and fulfilled. 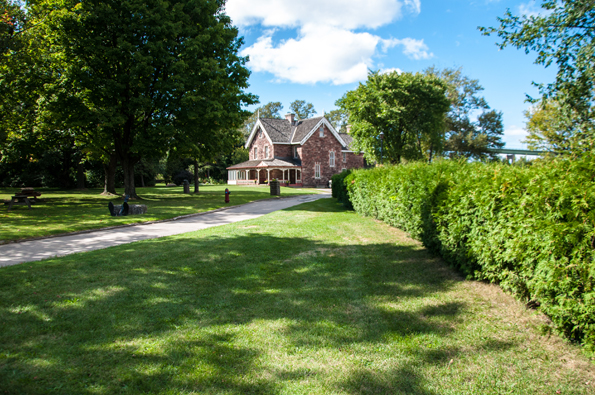 The Superintendent’s Residence and its trees today © Parks Canada 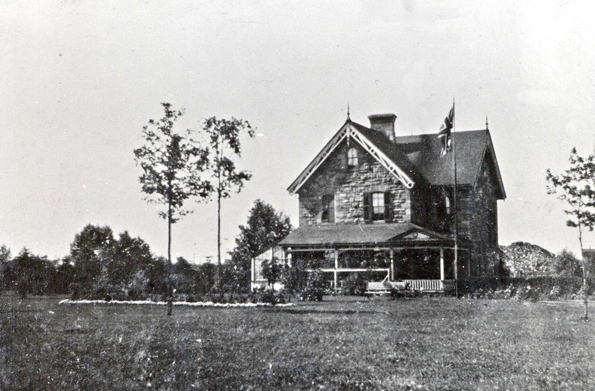