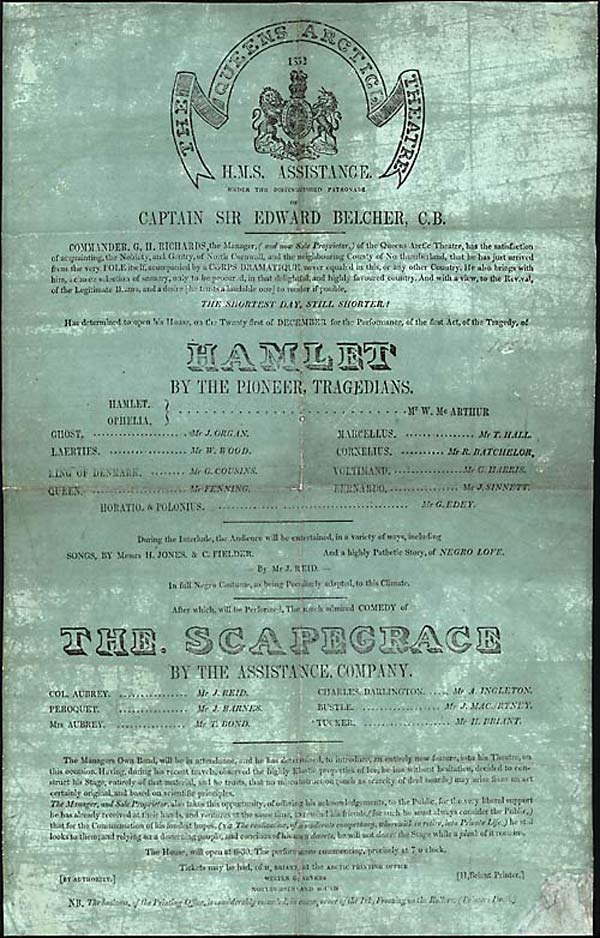 
A poster advertising two theatrical productions during one of the Franklin search expeditions.

Supplies such as slates, pens and ink, paper and instruction books were provided to help teach crew members during the long winter months. The combined libraries of both ships contained around 3,000 books and magazines, including: 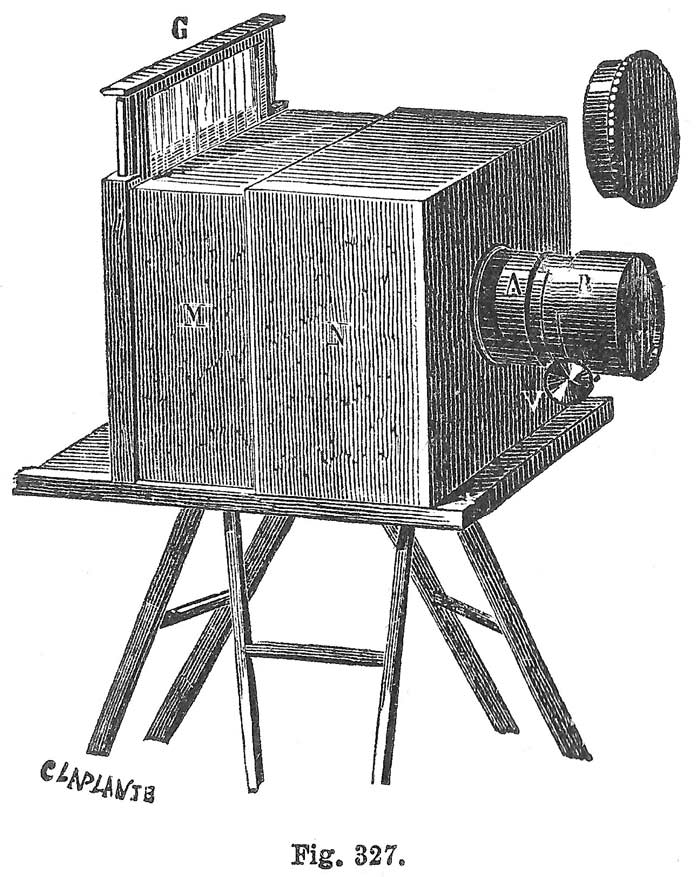 A newly invented Daguerreotype camera was on board.

For entertainment, each ship had a hand organ that could play 50 different tunes, including hymns. The crew would have produced and performed plays to keep their spirits up.

Arctic expeditions were also voyages of scientific discovery. Franklin’s crews travelled with the tools and instruments for the study of geology, botany, zoology, and magnetism. To record images, they had a newly invented Daguerreotype camera on board.

The Arctic sailing season is very short. By the end of September, ships would either need to return home or find a safe place to overwinter. Once ships were anchored, their crews erected awnings of sails over the decks. To provide more protection from the harsh winter, crews would also build a snow wall around the ships and even small adjacent buildings of snow blocks.

In the Arctic, the sun never sets in the summer and the long winter months are spent almost entirely in darkness. Records kept during other Arctic voyages provide a sense of what daily life would have been like for the men on Erebus and Terror.

The ship’s bell was rung at set intervals. This helped give everyone a sense of time and kept track of the daily routine. The men ate their meals, completed their daily tasks, and enjoyed leisure according to the sound of the bell. 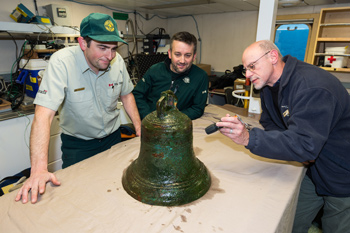 The ringing of the bell from HMS Erebus would have helped to provide a sense of time.

Europeans began searching for the Northwest Passage in the 1500s, acquiring knowledge about Arctic conditions with each attempt. Captain William Edward Parry commanded several expeditions and developed survival techniques for the challenging Arctic environment. His journals were available to other polar explorers, including Franklin.

Parry described how HMS Hecla and HMS Griper were trapped by ice at Melville Island from September 1819 to August 1820. His crew scrubbed the deck before breakfast, rubbed it with stones and warm sand, and reported back to the quarterdeck for inspection.

During the inspection, officers evaluated the crew’s personal cleanliness and the condition and warmth of their clothing. To promote physical fitness and mental acuity, Parry required his men to walk on shore or run around the upper deck – to the tune of an organ, or their own singing. 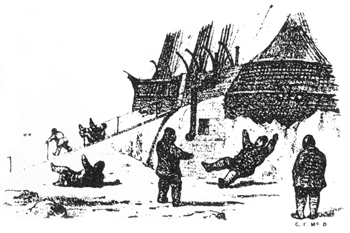